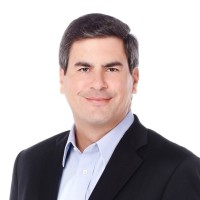 Rudy began his career at GE Aviation in 2003 through the Experienced Commercial Leadership Program (ECLP) and has held positions of increasing responsibility during the last 17 years. In 2005, he became a Sales Support Director, supporting engines and services campaigns. Rudy moved to Mexico City in 2007 as the Sales Director covering accounts in Mexico, Central America and ILFC. In 2009, he relocated to Brazil as the Embraer Customer Account Manager, leading the relationship with the airframer. Rudy then moved to the role of Sales Regional General Manager for the Latin America and Caribbean region where he successfully drove incremental orders and margin. In 2015, he moved to Dallas to lead the GEAM used material business, growing both revenue and margin significantly.

Most recently, Rudy led the launch of GE Aviation’s Time and Material (T&M) Channel, partnering with Sales, ATMRO and Product Lines to set up an operating structure to grow T&M shop visits profitably.

Rudy graduated from the Thunderbird School of Global Management with a Master of International Management degree and from The University of Notre Dame with a bachelor’s degree in Finance.

< Back to Leadership Team